Saving money has become lately the daily goal of many people and this can be seen in their shopping tendencies. They will go rather for cheaper generic items and overlook the branded ones which are usually more expensive. You must know that with branded product is the patent that you pay mostly, although quality is another feature that defines the branded items that exist in the market. You want a quality product, then you are safer to go with a branded label then with a generic one, this is a proven fact.

Have you heard that old saying ‘I am too poor to afford cheap’? You probably wonder how this is reflected in the reality of our days. Well, let’s take an example: You need to purchase a sweater for those evenings out with friends and you want this one to be nice looking. Instead of purchasing an Armani sweater that costs around $500.00 you will go for an ordinary one that costs you only $200.00.

Yes, you have saved $300.00 on this purchase, which is indeed a good saving, but the ordinary sweater will only last two or three washes because pretty soon it will go damaged because of its poor texture. In this case, you will have to buy a new one. But if you had bought the expensive one who is a branded item, you wouldn’t have thought of purchasing a new one for many years, because the quality of this product was superior and had lasted for many years to come.

Let’s takes a look at the difference that exists between generic items and branded ones that are usually purchased by people:

You see many times on TV various commercials promoting newly released medications for various afflictions. Many of them are similar to the ones that already exist as generic products in the drug stores, but the difference is that they come with a higher price. Well, you must know that in this case, you pay for the brand that comes in the form of the company that has paid a lot of money and effort into researching for the new formulation of that particular medication.

So, if you want to purchase antihistamines you will be presented with Claritin, but you can find other products to have the same effects on your condition. Your doctor usually prescribes what to take and the similar products that are found on the market. Until the patent expires on one medication, you will have to pay more for a branded medication because that company has to recuperate the funds they have spent on researching that product.

At this point you may have to manifest more caution when purchasing generic food over the brand named ones. Yes, it is true that many of them are similar and taste, but the ingredients and the way these ones have been produced will differ. For instance you can purchase the generic soybeans that are sold on the market, but you would be much safer and healthier if you aim for Eden Foods soybean product. 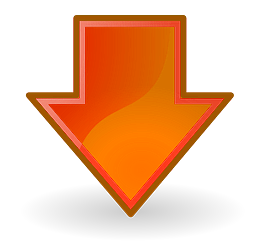